Faithless Feminist
by tesmargioffre May 27, 2020 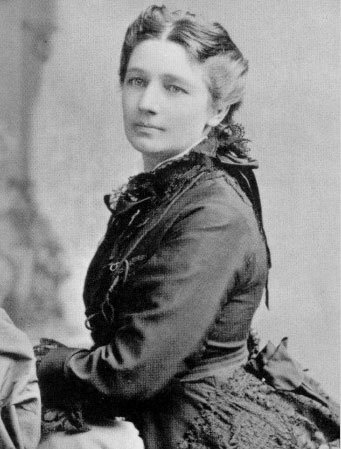 The mid-nineteenth century in the United States was a time of turmoil. The Civil War, fought to end slavery, resulted in over 600,000 deaths of soldiers. Over 400 women served as soldiers, disguising themselves as men. Both men and women joined the abolitionist movement. Most notable of the women abolitionists were Harriet Beecher Stowe, author of Uncle Tom’s Cabin, Harriet Tubman, Mary Todd Lincoln, Lucretia Mott, Clara Barton, and Susan B. Anthony to name just a few. Many of these women became the forefront of the fight for women’s suffrage after the war. What is perhaps less well known is the number of these women activists who were also atheists. Below are a few salient facts about some of these women drawn from Annie Laurie Gaylor’s book, Women Without Superstition: “No Gods-No Masters” published in 1997 by the Freedom from Religion Foundation. All quotes are drawn from this book unless otherwise indicated. These were brave women. Some were arrested, jailed, and ostracized from their families and communities. Just by speaking out, they were violating the tenets of the Bible:

“Let the woman learn in silence in all subjection. But I suffer not a woman to teach nor to usurp authority over the man, but to be in silence. For Adam was first formed, then Eve. And Adam was not deceived, but the woman being deceived was in the transgression.” (I Timothy 2:11-14)

As Ms. Gaylor outlines in her introduction, the first “female heretic” in the “American” colonies was Anne Hutchinson who arrived in 1634. Remember that at this time in this Puritan colony, there was no separation of church and state: the church ruled. Hutchinson began by inviting women to her home to listen and discuss her critique of the male ministers’ sermons and ideas. People became more alarmed, of course, when men began to join her. It is not surprising that she was banished from the colony for “sedition and heresy in 1637.” What is perhaps most interesting, however, is that she and her followers established a community on Aquidneck Island where they adopted a secular government. What courage she had to disagree with virtually everyone in her community and at the cost of banishment! I strongly doubt whether I would have had her strength. Becoming an atheist in Western democracies can mean losing friends and family, but it is not a crime. I am always impressed with the pioneers of a movement. They risk everything, but they persevere. We always owe a great deal to the women who came before us, whether that is in expressing anti-religious beliefs or becoming the first woman scientist, astronaut, lawyer, etc. If they had not blazed the trail, we could not have followed. Other outspoken atheists prior to the Civil War were Anne Newport Royall and Frances Wright.

Gaylor characterizes Rose as “nineteenth-century America’s most outspoken atheist.” Her early life must have prepared her to fight the battle of religion. She was raised by a rabbi, lost her mother at sixteen, made a legal case for refusing to marry an older man her father had chosen for her, appealed to the Prussian king regarding the restrictions of travel for Jews, and started a business. Whew! Any one of those things would have been considered difficult even for the men of her day. Once in the United States, she became a woman’s rights activist and was instrumental in achieving the passage of the Married Woman’s Property Act of New York passed in 1848. Part of that act reads as follows:

“The real and personal property of any female who may hereafter marry, and which she shall own at the time of marriage, and the rents issues and profits thereof shall not be subject to the disposal of her husband, nor be liable for his debts, and shall continue her sole and separate property, as if she were a single female.”

In a time when education was limited, especially for women, and society preferred the demure, obedient housewife, it is truly amazing that a woman such as Ernestine Rose could do what she did. She also worked with others to gain women’s suffrage and was an outspoken atheist. In a lecture entitled “A Defence [sic] of Atheism” she writes the following:

“But believing as I do, that Truth only is beneficial, and Error, from whatever source, and under whatever name, is pernicious to man, I consider no place too holy, no subject too sacred, for man’s earnest investigation; for by so doing only can we arrive at truth, learn to discriminate it from Error, and be able to accept the one and reject the other.”

We can only wish that our politicians today who want to curtail women’s reproductive rights, refuse to accept climate change, and cling to their Iron Age religions were as intelligent as she was.

If ever time travel becomes possible, I would like to travel back and meet this woman. She is one of my heroes. I am using the following quote from her for the introduction to my next book.

“Take the snake, the fruit-tree and the woman from the tableau, and we have no fall, nor frowning Judge, no Inferno, no everlasting punishment – hence no need of a Savior. Thus the bottom falls out of the whole Christian theology. Here is the reason why in all the Biblical researches and high criticisms, the scholars never touch the position of women.”[1]

She was the person who wrote the text of the Nineteenth Amendment guaranteeing women’s right to vote. As Gaylor explains, Susan B. Anthony gets most of the credit for women’s suffrage. Stanton was more well-known at the time, but her “outspoken criticism of religion” relegated her to a position below Anthony’s in the history books.

Women abolitionists, such as Stanton, had to suffer the fact that they were not the equal of men. Her honeymoon took her to the World’s Anti-Slavery Convention in London where the women were separated from the men. In addition, they were not permitted to speak. Isn’t it amazing that at a convention to talk about liberating the slaves, women were not seen as needing equal rights? At that time, men just couldn’t make the leap to human rights for all.

In a sermon in London rendered in an article in the Boston Investigator in 1901, she states the following:

“According to Church teaching, woman was an after-thought in the creation, the author of sin, being at once in collusion with Satan. Her sex was made a crime, marriage a condition of slavery, owing obedience; maternity a curse; and the true position of all womankind one of inferiority and subjection to all men; and the same ideas are echoed in our pulpits to-day.”

We all owe her a debt of gratitude for exposing the superstition of religion. If only her views had held sway, we would not be in the situation today, 100 years later, of still having a society whose dominate views center around a supernatural god who rules over the lives of its people.

This is just a small sampling of the women Gaylor portrays in her book. She does a short biography on each and then includes their original works if available. Great resource!